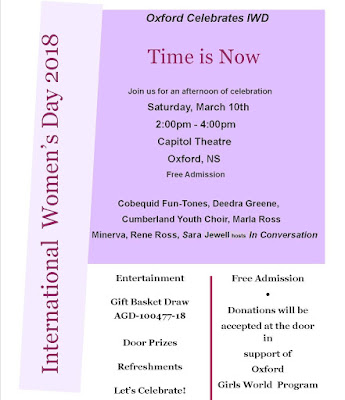 Posted by Sara Jewell at 7:00 pm No comments: 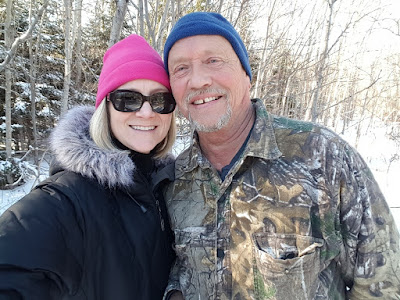 Even though I'd written 2200 words, above my goal for today, I couldn't figure out how to end the chapter I was writing so I decided a walk was needed.
What an utterly gorgeous day! Blue sky and sunshine and crispy cold. Just enough wind to blow the stale, sticky thoughts out of my mind, which is exactly what my creative brain needed in order to do its subconscious thing and figured out how the chapter should wrap up.
The dog and I followed the sound of a chain saw across the field and into the plantation and found my Nova Scotia country boy in his happy place.
Arriving with a thermos of chai tea, I made it even happier.
"I love being in the woods," he said, draining his mug; then he stepped away and became one with his environment.
The dog and I carried on and said hello to the invisible beavers.
I never did figure out how to finish the chapter but really, getting out of my chair for a walk in the woods on a perfect winter's day was a far greater accomplishment.

Chinese New Year ~ The Year of the Dog


I hadn't heard of Chinese New Year, and the yearly designations (like rooster, ox and dog), until I lived in Vancouver, where there is a large Chinese community. Then I became friends with a couple who celebrated it and my sister's family started celebrating it thirteen years ago because their eldest daughter is Chinese, so I don't feel I'm co-opting another culture's new year celebration too much once every twelve years.

Being born in 1970, this is my year: the Year of the Dog. According to the website, chinesenewyear2018.com, "Women born in the Dog year are very cautious. They are indifferent towards people they don’t like, and don’t trust easily. But once they do, it’s permanent. They are intensely protective of their friends and family. They are genial and independent. They love outdoor activities and being in nature. However, they are also hard workers and don’t give up until they succeed. Security and a stable income are her requirements for a career."

The last time it was Year of the Dog in the Chinese chart was 2006. I remember this because I bought a "Year of the Dog" mug at the pet store in Cobourg (I still have it but it's packed away somewhere). My divorce had been granted a few months earlier, so I was finally done with all that and looking forward to my first year as truly free, but at the same time, we'd moved my father into a nursing home. It was a busy year, taking care of Dad on a daily basis, and I struggled a bit with depression around my 36th birthday. Then my mother was diagnosed with cancer. Then my friend Diana was diagnosed with cancer. 2006 was getting pretty shitty. A brief respite on the east coast would provide some mental and emotional respite.
That's when I met my Nova Scotia country boy, a blind date that changed my life (and Stella's). That was 2006, the Year of the Dog. High and lows are what life is all about -- as they say, it's not what happens to you but how you respond to what happens. 2006 was a life-changing year for me.

I'm sure if I thought about it, I could come up with other non-Year of the Dog years that were life-changing but can't help it: 2006 is a stand out. The reverberations from that simple decision to say yes to a blind date rolled right into 2016.

So the Year of the Dog has rolled around again and it will be interesting to see if 2018 provides a life-changing experience. I'm hoping this year isn't as hard on the heart as 2006 was -- up until something happened to heal my heart -- but I also know that's how life goes: it's always a mix of the good, the bad, and the ugly. But I wonder if it's safe to anticipate one amazing experience?

But just in case... also from that website: "It’s the Chinese tradition to wear red underwear every day during their zodiac year. Dogs can try this to ward off the bad luck."

Posted by Sara Jewell at 3:46 pm No comments: 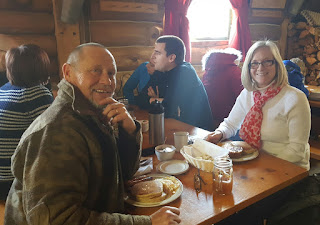 Freezing rain this morning means church was cancelled, which really disappointed both my mother, who was filling in as our music leader, and myself since SUNDAY IS THE ONE DAY A WEEK WE DRESS UP AND LEAVE THE HOUSE.
Seriously. This winter, my mother decided to go on an "austerity plan" since she was spending too much money on "impulse purchases", and that means no random shopping sprees to fill a day. I decided to write a novel in less than three months, which has also become a much-needed austerity plan for me as well. We don't need anymore stuff; we need me to publish another book!

Actually, I do leave the house -- I go for walks around the fields and through the woods. But I no longer leave the property. Every day I write.
AND IT'S AWESOME.
This is why winter is awesome. I'm am not that person standing at the window, waving my fist and shouting, "Enough of the snow, already!" I'm standing at the window, this winter in particular, wondering where all the snow has gone!
Whether it's snowing or raining, this was the perfect time for this novel to drop into my head, although I keep wishing I'd discovered this work ethic years ago. I don't, however, think I was ready, as a writer and a person, to produce something like this until now.

Wondering what I was doing on this day last year, I found this photo from our breakfast at Sugar Moon Farm in Earltown. We've been trying to do this again but despite our best intentions, we haven't made it back. Perhaps we'll make the 90-minute trip to celebrate when I finish the first draft of this novel. SMF pancakes and beans will be a nice break from French toast and yogurt.

By the way, on Monday, I'll reach 50,000 words. And I love this story. The first draft is a piece crap, that's to be expected and no point in believing otherwise, but I feel like it's a good piece of crap; so much to work with and I can't wait to get this framework completed so I can go deeper into it and fill out the details. Just this morning, I met a delightful new character who is fun to write.
So, time to get back to her.

Winter Fuel For A Writer 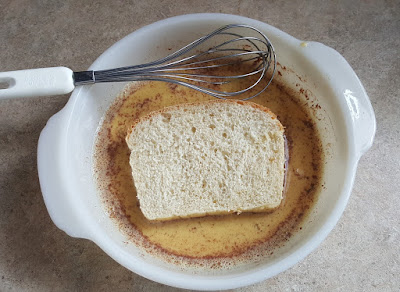 One thick slice of homemade bread.
A fresh egg from one of our hens.
A splash of milk, a dash of vanilla, and a generous sprinkle of cinnamon.
Melted butter in the pan, a good soaking in the dish, then five minutes on either side and VOILA:
French toast for breakfast.

A note about the dish: Not only is it the ideal width and depth for making French toast, it's VINTAGE. It's from a display set up by Monarch Flour in my mother's family's grocery store -- in the 1950's!
My mother has always used it for baking apple crisp but when I went searching for the perfect dish for my French toast, this was it. There's something special about using the dishes with a history like that, isn't there? In being able to say, "This was my mother's..." or "This was my grandmother's..."

I've eaten this for breakfast since the day after Christmas. I don't know what got into me -- I've been loyal to toast or oatmeal all these years -- but suddenly, egged bread (or is it breaded egg?) is what I want. In over a month, I've only missed one morning and that was because I was sick. 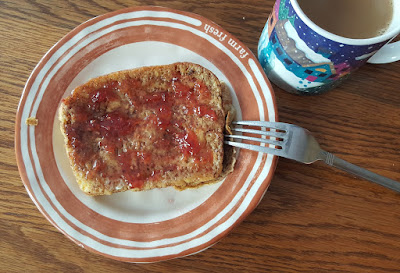 Here's the thing about my French toast: I alternate my topping between maple syrup and jam.
Jam? Who on earth smears jam on French toast?
Well, why not? It's toast, after all.
Actually, I didn't know you could put syrup on it until we began travelling as a family and I ordered French toast one morning and it came with syrup. I asked for jam; I was an adult before I tried eating it with syrup.
I learned to eat French toast with jam from my mother.

When she was 18 years old, she left the church she'd grown up in and started attending a new church. After choir practice on Thursday nights, some of the choir members would go across the street to the Chinese restaurant. One of the dishes on the menu was French toast, which she ordered (and cannot tell why on earth she'd order French toast in a Chinese restaurant). It was served with a side of jam.
Why not? It's toast, after all.

So now the fuel for this writer's winter work is a daily dose of French toast, Chinese style.