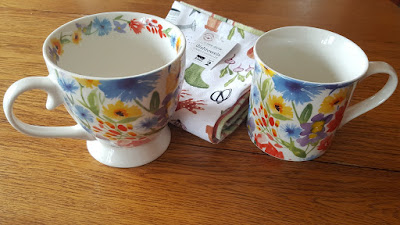 Now that it's spring, I needed a new mug.
When Mother came home today with one for her and one for me, I held mine up to my husband and said, "My spring mug!"
"Your what?"
The look on his face reminded me of something I wrote after our renovation ten years ago...

Gentlemen, if you’re going to ask the woman in your life the question, “Do you really think you need...?” don’t be surprised at the response. There’s only one reasonable answer to give you, and that’s The Look.

Familiar, centuries-old, perhaps even genetically implanted, this facial expression is a mixture of disbelief and disdain. It is usually followed by the word, “Yes.”

Shoes. Scarves. Hats. Magazines. Nail polish. Cookbooks. Cats. It doesn’t matter what the collection is, if it’s in a woman’s house, it’s important. If it means something to her, it’s unquestionable.

My husband and I were slowly putting the house back together after the renovations are completed. Since cooking was a priority once we’d moved back in, all the boxes containing pots and utensils and graters and measuring spoons were unpacked first; the only boxes left to unpack were two boxes of mugs. My mugs.

“Do you really think you need so many mugs?” my husband asked after I announced that my least-favourite mugs would have to go on the top shelf because I couldn’t reach it without a stepping stool.

I froze, mug in hand, and stared at him. This from the man who uses the same two mugs every day for every beverage. This time, however, instead of giving him The Look and The Word, I tried a new tactic: The Explanation.

“Well, each of these mugs serves a specific purpose,” I began. “Some are for morning coffee, others are for afternoon tea. Within those categories, they are further subdivided into mugs for perked coffee or instant coffee, mugs for black tea, mugs for green tea. Of course, if it’s chai tea in the morning, it’s a certain mug, the one that matches my yoga mat since that’s what I’m doing when I drink that tea, BUT if it’s chai tea in the afternoon, I use that tall brown mug there...”

By now, my husband’s eyes had glazed over and he had this strange half-smile on his face.

“You’re doing a great job, honey,” he murmured before stumbling off, shaking his head as though there was some strange buzzing sound inside it.

I looked down at the mug in my hand. It was dark blue, picked up at a pottery shop on the Island many summers ago during a day trip with my parents. What a shame my husband walked away so soon. Every one of my two dozen mugs had a story and I would have gladly shared each one with him, over a pot of blueberry tea...which goes in the dark blue mug.

Posted by Sara Jewell at 4:02 pm No comments: 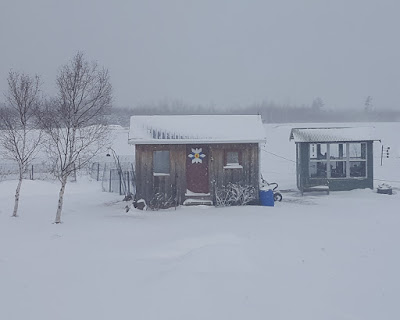 I will never, ever tire of seeing this view out my bedroom, bathroom, and kitchen windows. In any season, looking out and seeing the chicken coop makes me happy, makes me feel content -- even when I'm fretting about things. It appears my current bout of fretting and anxiety and even despair has passed; I'm fortunate that these things do pass for me, since they are career-related. The past year and a half certainly makes me more empathetic to those who struggle daily with depression and anxiety.

Speaking of making people happy, the book sale - which ran again on Sunday because of low turnout on Saturday - raised over $600 for a local, rural library. Very pleased about that. And it was nice to have conversations with people - live and in person! - about books.

We woke up to a couple of inches of snowing that arrived silently during the night. Apparently, it is only snowing down river this morning; Dwayne drove into town and says "half a mile up the road, there's nothing". Oh, the micro-climates in Nova Scotia, and we seem to live in a micro micro-climate! It may seem unfair to teachers and students to have a snow day on the first day of March  Break, but I thought it a good day to stay in my pajamas and read; that lasted until 11 a.m. Shouldn't have turned my phone on.

As much as I love this view, I don't write much about country living anymore; it does develop a rhythm and a sameness. I value that, even if I chafe at the isolation (not related to the pandemic but because resources and opportunities are so far away from where I live). It seems my writing is moving into a new area: my spiritual writing may be taking me in a new direction. That will require exploring new ways to get my thoughts and ideas out into the world -- a new blog? a video channel? what else is out there?! -- but none of that needs to happen soon. I realized that I was trying too hard and putting pressure on myself to create my "next big thing" without actually knowing what that entails or what I need. So I put the brakes on. Actually, I braked, pulled the car off the road, and parked it.

Figuratively, I got out of that car and walked away. Right now, I consider myself "laying fallow" like a field, taking a rest, resting my heart and my mind in order to rejuvenate them, taking a break from all the striving and pushing and not getting anywhere; it's time to lay back and watch the clouds float by. I've done enough work that I can rest and be still, let the soil of my spirit regain nutrients -- be inspired again -- and see what road opens up because of that work.

And you know, living where life is quiet and simple, relatively unchanging, and predictable still seems the perfect place for a writer like me to live. The chicken coop remains my symbol of belonging and contentment, as well as a reminder that sometimes you have to break the eggs in order to make something new...

Every Sunrise, Every Sunset 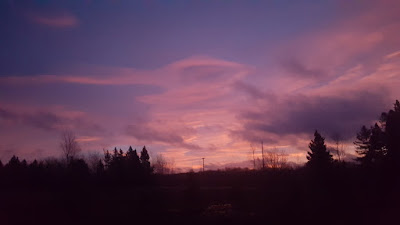 As I go through my books to see what I'm willing to part with in our book sale -- and that's hard because so often, I'll let a book go then need it for an article or sermon -- I'm realizing how many pages are dog-eared to mark important ideas or ideas that I liked.

I found this one in Sharon Butala's memoir of moving from the city to the country, in Saskatchewan:

"In my reading and occasionally in conversation with urban visitors, I hear or read people either saying directly or implying indirectly that true rural people don't notice or appreciate the beauty in which they live. Although I don't say so, the arrogance and ignorance of such remarks always makes me angry, implying as it does that rural people lack humanity, are somehow an inferior branch of the human species, that beauty is beyond their ken. It is one thing to come from  the city and be overwhelmed by the beauty of Nature and to speak of it, and another thing entirely to have lived in it so long that it has seeped into your bones and your blood and is inseparable from your own being, so that it is part of you and requires no mention or hymns of praise."

Having moved from the city to rural Nova Scotia nearly twenty years ago, having lived here in rural Nova Scotia for almost 14 years, I know what Butala is writing about. I am still in awe of the huge sky and the sprawling fields and all the trees [that are left], by the deer and rabbit and coyote tracks, by the creaking of the ice on the river, by the eagles flying overhead.

There will never be a day when I don't notice, when I don't appreciate. Because I'm still delighted to realize I live here, under that big sky, alongside that winding river, beneath the wings of the eagle.

But my husband, A TRUE RURAL PERSON, he understands this space, this place, these woods and fields and rivers in a way I never will. He doesn't notice or appreciate in the way I do - consciously, intentionally, vocally. His noticing, his appreciating is done in breath, in heart beat, in eye blink, in the subtle twitch of an ear. Woven into his genetic fabric, through several generations, he doesn't even know he's noticing, isn't even aware he's appreciating.

With his chronic pain, and his frustration at not being able to do the things outside that he used to do and wants to do, I think Dwayne is even more in tune; grief has a way of honing the senses, of focusing on what is lost. Yet I can't help but hope the sky and fields and woods and river are healing, even if there is no cure for what ails him.

The Butala book is staying on my bookshelf, I think.

Posted by Sara Jewell at 7:05 pm No comments:

My husband fears the whole upstairs is going to collapse on him (I've said this before - because he keeps saying this - yeesh).

So we need to get rid of some books.

At the same time, the Oxford branch of the CPL  is moving into its new location -- and it needs money to buy stuff! So we're holding this BOOK SALE as a FUNDRAISER for our local library.

My house on Route 301 - there will be a sign at our driveway.

(If you're up for a drive & need more specific directions, email me at jewellofawriter "at" gmail dot com)

There will also be HOUSEHOLD STUFF for sale, with those proceeds going to the "new" Oxford library as well.

It would be really nice to have the hallway to my office free and clear again! I feel like it's been a long time since it was a proper hallway.

Notes: I know that font in the graphic is hard to read but it's very cool. Also, that is not my country road but it, too, was a cool photo. There is very little in me that is practical. I know the rules but I choose to follow my heart! 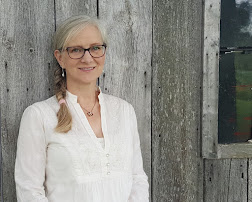 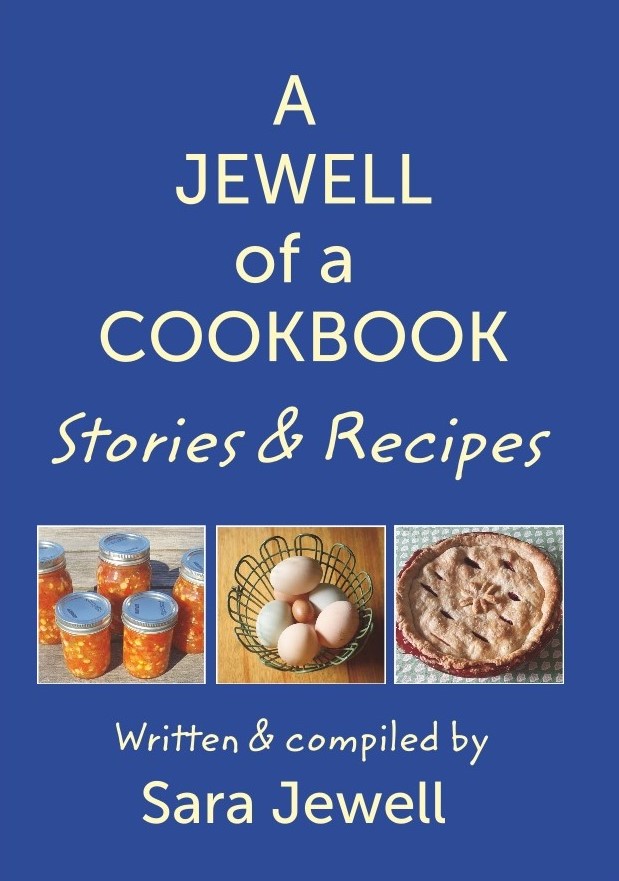 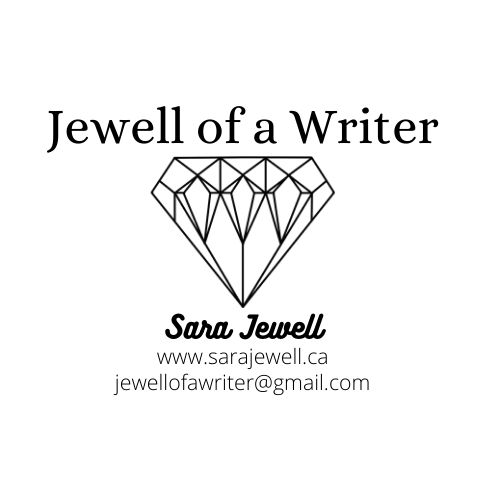