No matter when the spring equinox occurs, spring does not arrive here in our river valley until the ospreys return to their nest on our property.
Yes, I know how lucky we are.
And every year, with the first sighting of that wonderfully familiar body outlined against the sky, we know we are lucky that these birds survived yet again the flight to and from Texas (or South Carolina or California or Mexico or wherever they go) and returned to their winter-battered nest here in northern Nova Scotia. You can set your calendar by them: April 11 around noon.
There is no way to know if it's the original osprey who built the nest in 2008 or any of their offspring so we just assume it's the original mom and pop. But really, considering what they face in migration, what are the odds?
Like I said, we're lucky. 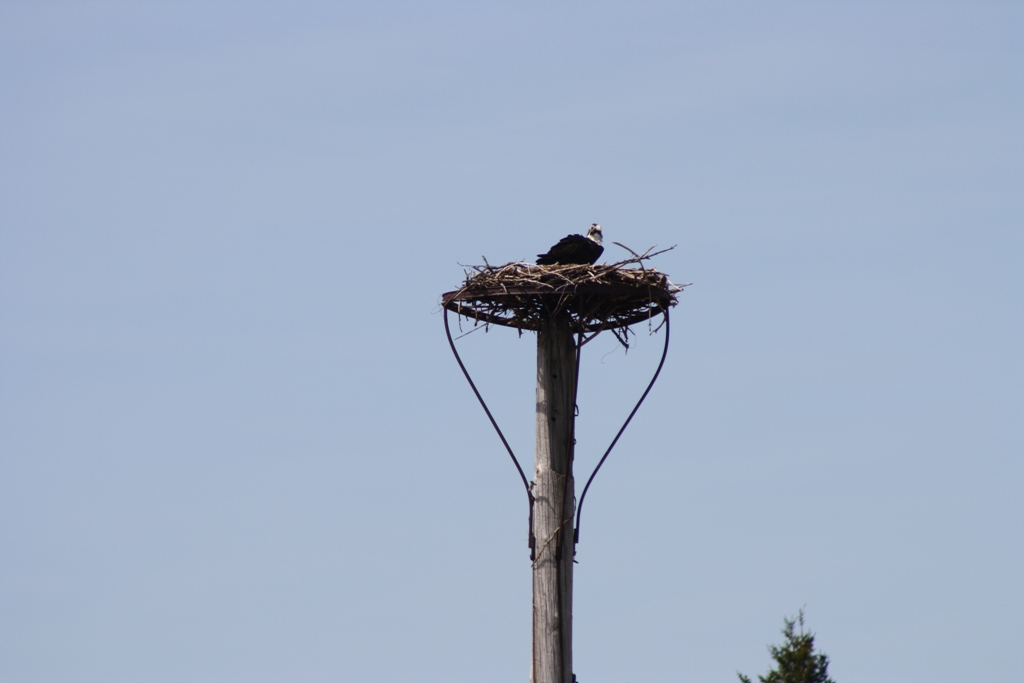 My husband became fairly animated when he spied an osprey on the vacant pole he erected last summer on our vacant lot. He thought perhaps one of the offspring had decided to make a nest there. 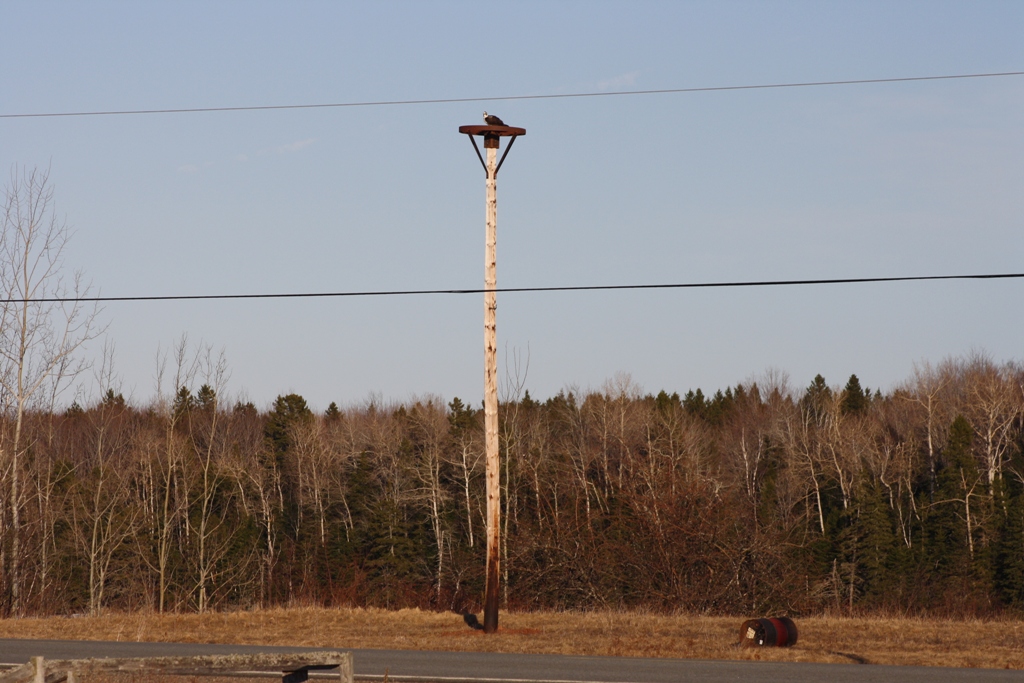 Alas, he is wrong.  But if you erect it, someone will build, eventually.
The osprey have mixed it up this year. Usually one returns first, spends a little time sweeping out the dead flies and mice leftover from the winter and filling holes blown out by the wind and snow, then about a week later the other one arrives. Not this time. BOTH osprey came together and are mating like crazy. Which is a good thing.
City girl that I am, I'm getting used the whole spring mating thing. Which means I will actually watch now!
But I won't take pictures. This one is post-coital, thank you very much. 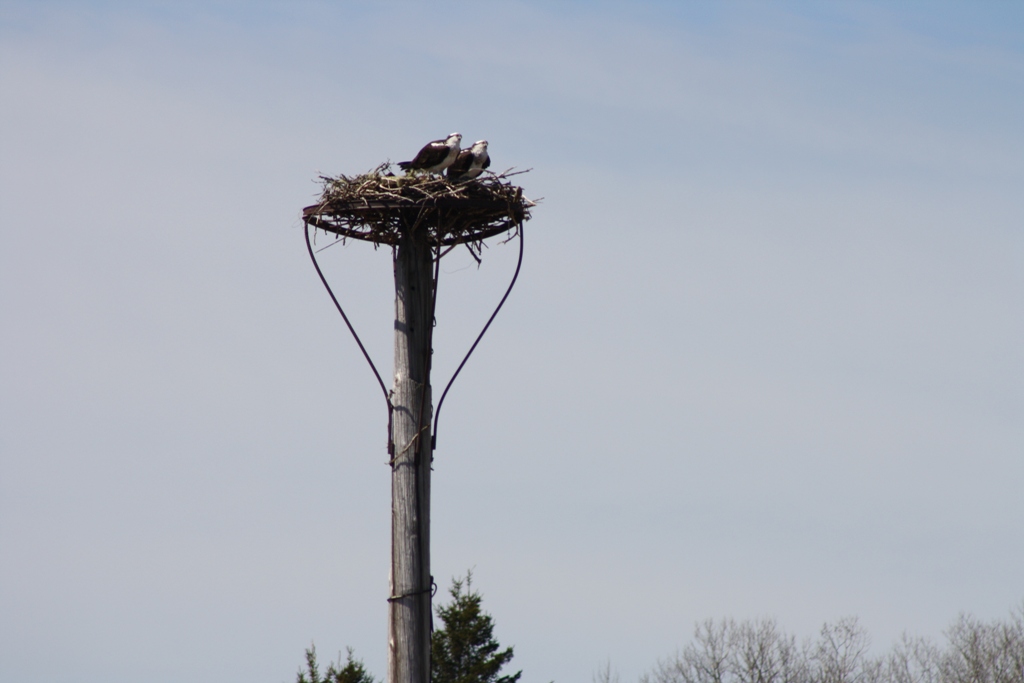 Really, there are no words for how much this sight fills our hearts with joy, relief and peace. Our osprey family is back.